Recorded live by Paul Sears, Jon Sadlier found these reel to reel tapes in a box and Dave Soldier had them transferred at Dubway Studios and then mixed them such as is possible: some are damaged beyond repair. The names of the pieces and personnel are mostly decoded from scribbles on the boxes, and there must be errors in attribution. The only clearly missing tape is from Theoretical Girl, perhaps a band member borrowed it. This concert was famous, and yet Giorgio seems to have not transferred the tapes, probably waiting more than 40 years for the right recording contract (?). The original tapes and notes are now at Harvestworks, the current name for Studio Pass: this is probably the first recording from Pass, as well as a founding concert for No Wave and some experimental jazz rock including the band Material, which Giorgio told me was originally to be called American Gong. There is an entertaining critics roundtable with Robert Christgau screaming "Ramones!" and lecturing how meaningless this music is. 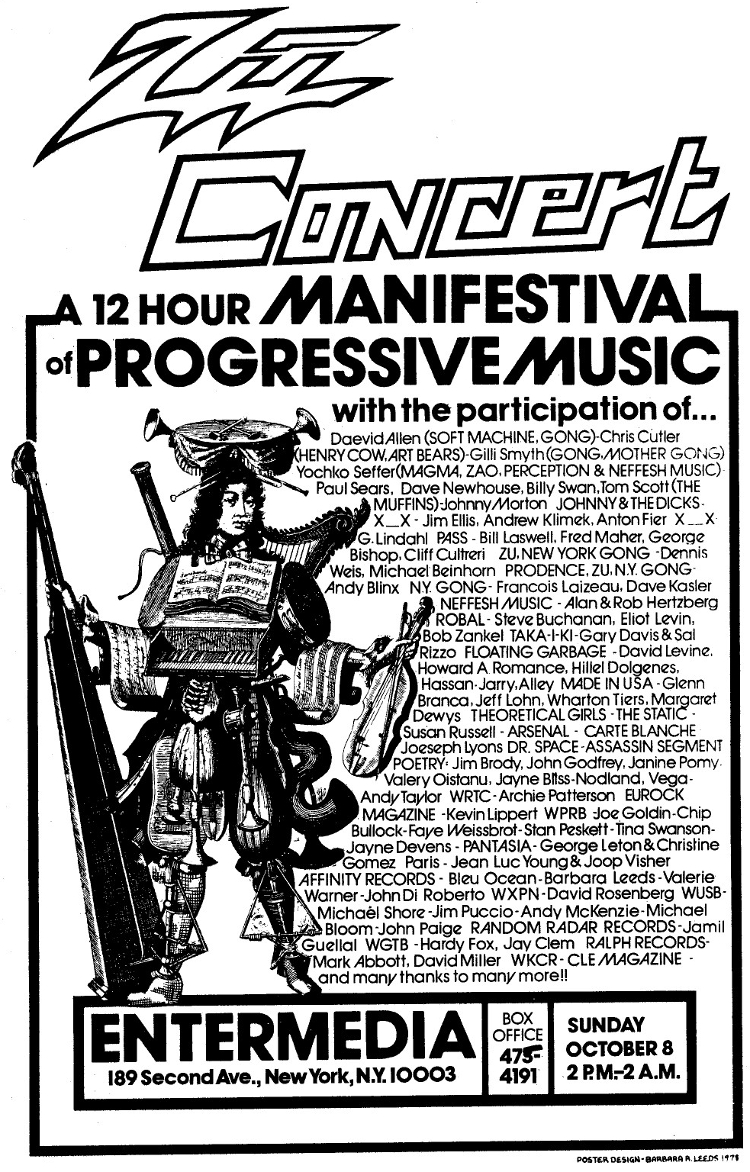